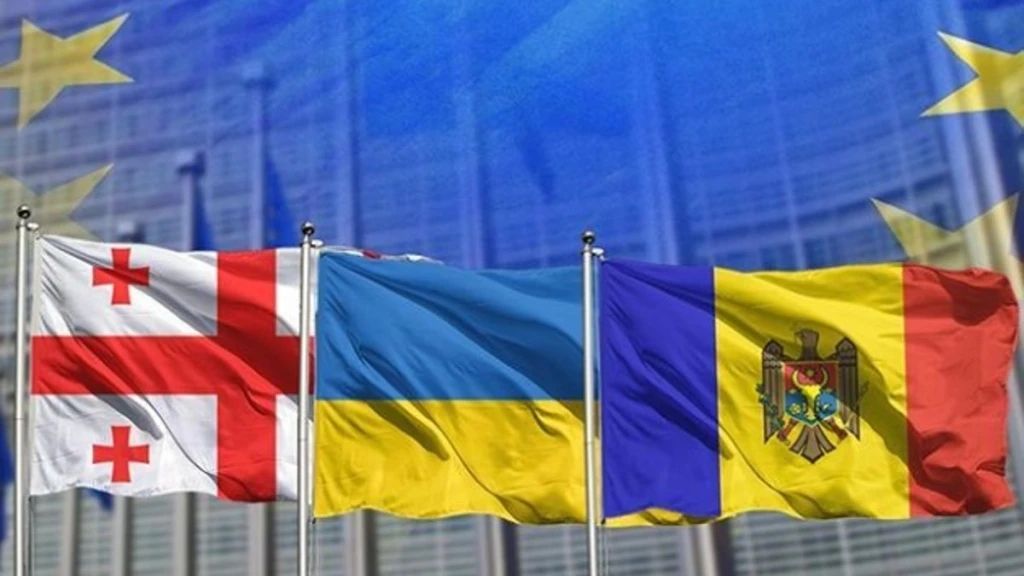 Last Wednesday, when I agreed to record with Vladimir Mitev for Cross-Border Talks, I was not in my best shape. But I also felt that I couldn't ask him to reschedule, so I focused, and went through. As a result, I may have wronged a number of people and countries, I may have crossed or even disrespected others.

Physically, I was not well, mostly because of something I ate. To fix that, I had opened my windows wide, to get some air. It soon turned very cold, and I started to shiver, something that a keen eye may notice in the video. Emotionally, I was extremely concerned with the situation in Transnistria, and how that might affect my friends in Moldova. Mentally, I was mostly preoccupied with the training session that was scheduled, and actually followed, next day—from Thursday to Sunday. So I was definitely not up to my "A game"—and my atrocious accent in English proves it (for those who'd heard me before).

In fact, Vladimir managed to pull me out of my comfort zone, too. Kudos to him, as I am usually very stubborn! I also must confess that I felt the weight of the impostor syndrome on my shoulders. As a direct consequence of all those factors, I missed any reference to the Baltic states—I think they are in a delicate position for the duration of this war in Ukraine, and they should (and probably will) be part of the solution. So, when I talked about Poland, Slovakia, Romania and Bulgaria cooperating inside the European Council (for the reconstruction effort in post-war Ukraine and Moldova, primarily), I should've also mentioned Lithuania, Latvia, Estonia and Finland.

I also wronged the people of Belarus. I simply forgot about the situation there, after the last elections. I'm sorry that I only presented the option of Belarus becoming a member of the Russian Federation, when the people there clearly demonstrated the opposite, just two years ago. Quite similarly, I may have wronged Ireland. I simply forgot that Ireland is another non-NATO member of the EU, when I suggested that India might intervene with a sort of "blue helmets" for peace-keeping in Ukraine. And I clearly forgot about the situation in India, a few years ago, when their government screwed up the human rights of several minorities—which means they might not be very credible on the global stage. [Reading more on this topic, I'd learned that Turkey and/or Israel may be competing for the job; in my humble opinion, neither one is credible for the role I discussed here.]

So, after I healed my body, alleviated some of my concerns on Transnistria/Moldova, and returned extremely satisfied from the training session, I thought it might be in order to write down these after-thoughts. Now, leaving the apologetic tone aside, there's one more thing that I would add to the mix that explores a possible "fast-track" EU accession for Ukraine, Moldova and Georgia: I think the EU likes to work with package deals (such as Bulgaria-and-Romania or Albania-and-Macedonia), rather than individual countries (such as Croatia or Turkey). From this perspective, I believe it'll be easier/faster/more likely for Brussels to deal with Ukraine-and-Moldova, thus pushing Georgia at a later date. I'm sorry for that, and I wish I'll be proven wrong, but I think it's very likely that we'll see Georgia being considered for EU accession either
a) when the EU figures out a strategy for the Black Sea, or
b) when the EU feels that a package deal is ripe for Georgia-and-Armenia.

With this text, it may be the case that I mended some of the crossings from last Wednesday, but I may have also created some new ones. I just needed to write them on this blog in a way that makes sense (at least to me—for my own peace of mind). I'll come back to these topics, as I need to clear out at least three more things:
1—to reconcile the EU expansion state-by-state with my theory that EU member-states should be dissolved once they acceed to the Union;
2—to figure out what these developments mean for the Romanian society, in the three foreseeable scenarios on the war in Ukraine; and
3—to find a reasonable explanation (for my own use) regarding Putin's invasion, as I think that labels such as "unpredictable" or "improbable" are quite different than irrational.

PS While Vladimir didn't ask (very polite of him!), I also hesitated to comment—and finally avoided altogether—about Romania's political leadership during this crisis: it's appallingly and shamefully slow, and inadequate, in communicating whatever they might be doing ☹