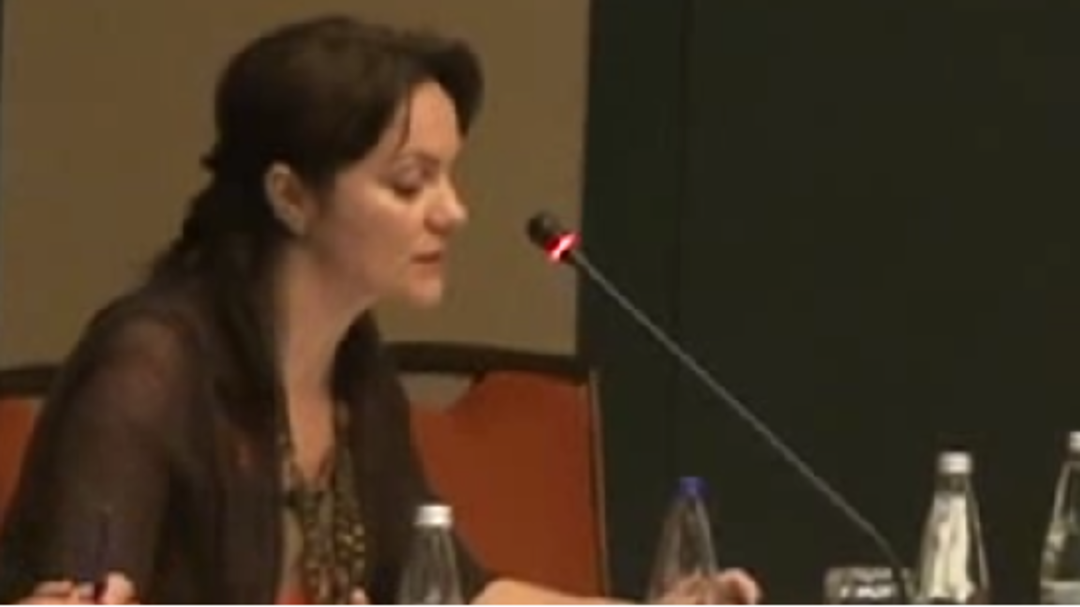 We’re very good at window dressing, you know; just remember how, in the 80s, the communists decided to push unwanted churches behind apartment blocks—the glorious façade of “victorious socialism and multi-lateral development”… What a joke! And we’re still doing it today… —her words, not mine (dialog with a very good friend, last week)

It’s been a while since I wrote here about conferences I attend. Let me catch up with 3 different events of the past 2 months, where double standards seemed to be the key phrase 🙁 As pointed earlier, on July 5, CRJ, KAS and MoJ enabled me to the horrifying "pleasure" of seeing and hearing live (minutes 30-37) the embodiment of the defunct Ministry of Public Information (established 2000, then demoted to an agency 2003, then literally dissolved into a mere department 2009).

This public official simply claimed that access to information and transparency of decision-making have never been better in this country, because we now have a brand new website and a brand new set of recommendations from some European/international institutions. Say what?!? My own comments aside (minutes 40-48, I know I was mean, and I’m sorry 🙁 ), just the next day, in complete disregard and contempt of any transparency law or practice, our Cabinet adopted one more piece of legislation—anticorruption, mind you! So, what do you think about these stark differences between political rhetoric and political action?

Two months ago, I attended an ISP and KAS conference about the fight against corruption in Germany. The speakers were utterly unable to answer any of my 3 questions about
a) ideological preparedness and capacity to fight corruption of both the left- vs. right-wing parties,
b) in that particular context, connections between current political corruption and former communist vs. fascist/Nazi networks, as well as
c) distinctions among deterrence, dissuasion and prevention policies.
The presentation of the German guest was just as bad as the one presented in 2005 by a then Romanian anticorruption prosecutor in Istanbul. I haven’t changed my standards—why have they?

Given that Romania’s anticorruption reforms can’t seem to pass by the text of our Constitution, and a constitutional text is there to set standards, I thought it enticing to also attend an ISP and HSS event, one month ago. The only speech I was actually interested in was Ştefan’s, not just because I consider him a friend, but primarily because I respect his expertise. Unfortunately, for every single point in his presentation, I’m sure we can find an alternative solution that requires no constitutional amendment! I’d already started, during the past 3 weeks, on the matter of unjustified wealth, and I’ll continue with the other topics 😉 [and I know he won’t mind 🙂 ]

Not all of these conferences relate to politicians, but they do refer to political issues. Far from casting any stones at speakers or participants, I’m only reflecting, in my mind, that political rhetoric is a pest! And, when political action is so far away from the rhetoric, that’s a double pest! It makes me sick to my stomach, when I realize that tax-payers foot the bills for dimwit politicians, and voters cast the ballots for irresponsible decision-makers 🙁 I wish someone would manage to break this vicious circle of constant window dressing, one day, and teach us all that public relations is public accountability!

PS Thank you, Ramona, for the window dressing dialog, and Oana, for the accountability conclusion 🙂