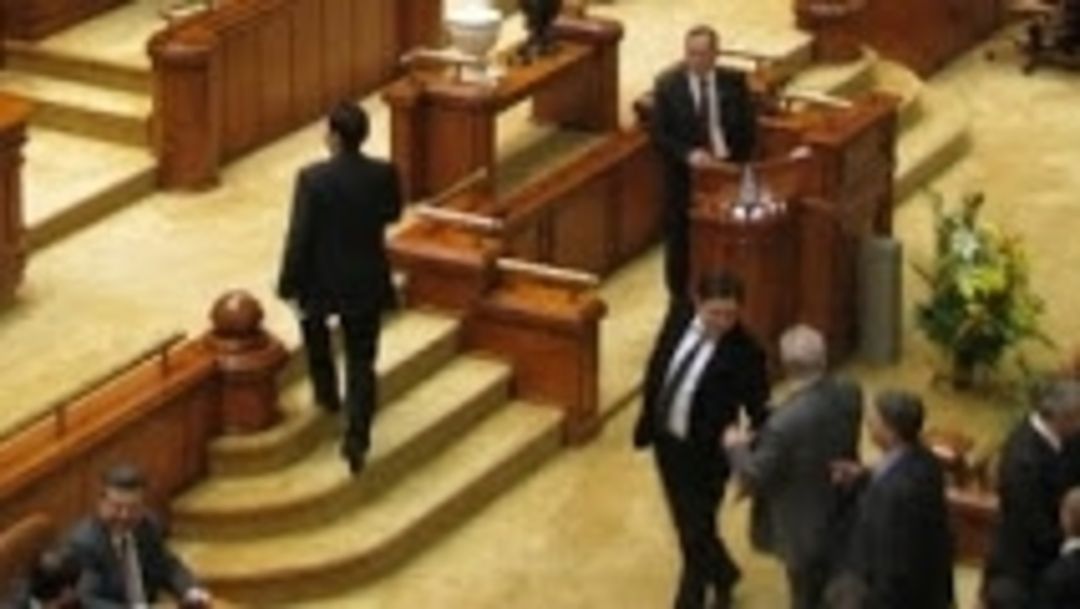 We find ourselves in a blockage/blockade on the political front, very similar to the Maginot line, in a sense… Fragile but inflexible in their trenches, the political actors stick to their own views/ideas, and simply can’t concede on any issue. If they accept responsibility for an error, they’re afraid they’d have to go; if they continue with their own plan, regardless of how mistaken, they still manage to pin failures on their opponents’ inflexibility. In the meanwhile, the frenzy of bad decisions rolls on, entangling the lowest level of optimism in the past 20 years, in spite of the economy not being the immediate cause.

Leaving the rule o’flaw aside, the current Cabinet‘s rushing decisions and flawed enforcement can be easily explained: The majority in Parliament is fragile, the public support is minuscule, the perception is that we’re going down the drain, the President puts a lot of pressure on implementation of harsh reforms, the IMF loan and the EU monitoring mechanism breathe down our neck. Still, I don’t see any reason for Mr. Boc and his ministers’ proposing decisions, policies and regulations without economic impact studies, without regulatory impact assessments, without public consultations 🙁

Two bulls stand on a hill top. The younger one notices a herd of cows down the valley, and, very excited, addresses the older:
–Hey, let’s rush down hill and get ourselves a couple of them nice cows to f#ck!
–Why, my son, slow down a little bit… Let’s just walk calmly, and f#ck them all!!!

I don’t need to remind you of the Codes, the salary grid or the standard costs for public administration–similarly rushed projects of 2009 🙁 So, I suggest that our politicians stop the rush, and quit this stuck-up attitude! I can understand they don’t see the carrot in opening political negotiations and consultations with civil society, but the stick of the upcoming 2012 elections may hit them so hard… Really, if they don’t stop with the nonsense, as perception of corruption continues to increase, lots of Romanians will start barking “Stick it up your a$$!” Let’s see what evaluation and potential Cabinet reshuffle has in store, on September 1st…