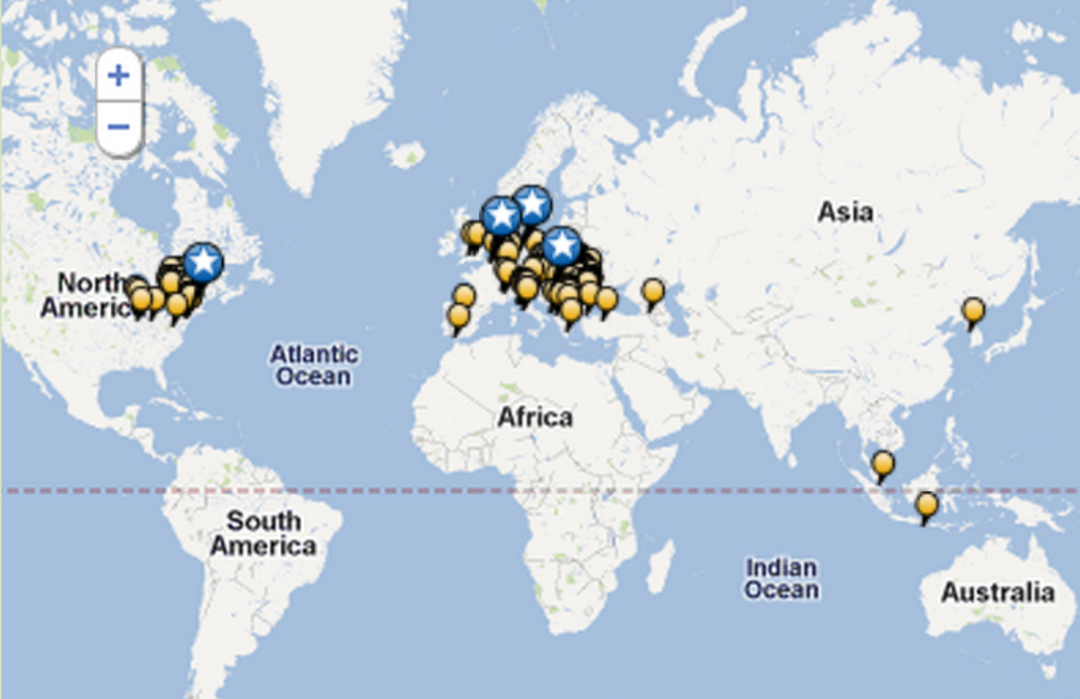 Given that I’m currently traveling, this week’s theme about borders, walls, frontiers fits perfectly! While the Wall’s no longer up, this week we also welcome East Berlin to our group of sync-bloggers, so the name of our group must now change into little not-blue spades biking woodly on berliner bass, eh 😉 On the topic at hand, I remember that I wrote an address to the AUBG graduating class in 2004… But digressions are not allowed today! 😉 I just looked at the map, and it says I’ve traveled to 150+ cities in 35 countries across the world… Not bad in such a short time 😉

Let me tell you about my border incidents—only three, all of them during the 90s… Think back to what were you doing early morning on 14 June 1990? I was on a train from Zagreb to Venice, at the Yugoslav-Italian border. [Yes, there was a time when Yugoslavia existed on the map, as a full-fledged country.] As miners were ransacking downtown Bucharest at the time, the border police had very strict orders to refuse access to any Romanians into Italy. All seven of us were taken off the train in Fernetti, regardless of whether we had a visa or not, and seen back into Sežana. After a short trip and discussion with the Italian Consulate in Koper, I simply had to head back for Bucharest, where I arrived on the evening of the 15th, only to realize the full magnitude and violence of the 4th Mineriad.

Now, think back to 17 July 1994, early morning, as well 😉 After 2 weeks of summer school on Justice & Power in Transition Societies, in Camucia di Cortona, a very good friend wanted to take me on a trip to Geneva. Though I didn’t have a visa for Switzerland, he’d started talking about the (then!) recent celebration of the Schengen Agreement, and decided to smuggle me in, through France. On that glorious Sunday morning, I got stranded on the mountain top, unable to make it to Chamonix, and seen back into Courmayeur by a wonderful French police officer who’d never before seen the Valley of Aosta, and thanked me for the opportunity 😉 On that evening, Italy lost to Brazil in the World Cup Final, while I took a night train to Rome, and caught my flight back to Bucharest on Monday morning. 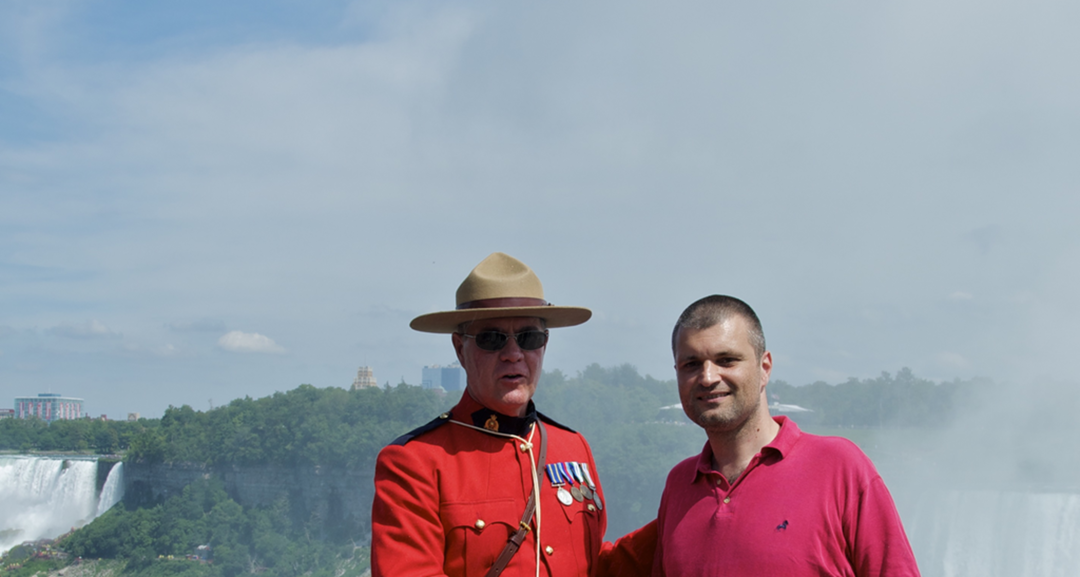 While I’ve never managed to visit Venice or Geneva, my third border incident has found a happy conclusion 14 years later. On 25 May 1997, I was at Niagara Falls, on the US border, and I attempted to visit the Canadian side. Of course, the border police asked for more than a student ID; while my Romanian driver’s license was understandably not enough, I showed my passport, admitting I didn’t have a visa. I was shown the way back into the States, and I remember taking a peak at the Falls, while walking the bridge. Just this past weekend, I managed to visit the Canadian side, where I had a wonderful discussion with this show-officer—who really has no authority, but a fantastic uniform and a great sense of humor 🙂 Oh, by the way, the view of the Falls from the Canadian side is, indeed, light-years better!

I’m older now, possibly wiser, definitely less adventurous, so I no longer attempt border passing without a proper visa in my passport… You may imagine that otherwise I wouldn’t be able to travel to 35 countries (and counting, hopefully!) 🙂 But let me tell you, I’m really glad that borders are a lot easier to pass through these days, and I’m extremely grateful to all the wonderful people that made my travels possible! Think back to the times when this song was written, and you’ll undoubtedly see why… Referring back to that 2004 commencement address, I guess I like this future 😉