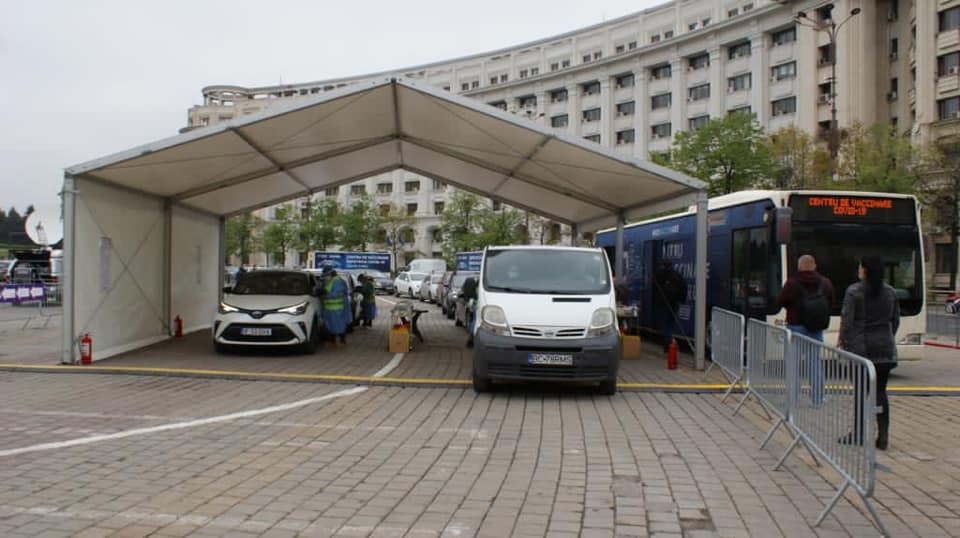 Drive or Ride; No Walk (EN)

I'd decided to ditch the car some time in June 2004. I can drive, but I don't want the hassle—I no longer want the hassle! That thing—the car—was really getting on my nerves! Back then, more than 15 years ago, it was a hectic morning in Bucharest: I'd wanted to get in time for a conference, at a hotel across town. So I'd left early, to beat the morning traffic. I'd been quite surprised to see that traffic was just about to beat me instead, as everybody seemed to have moved on earlier that day.

After 3 driving incidents that had involved a cab, a grandmother-and-child, and a tram, respectively—all within 15 minutes—I decided to ditch the car. I'd called, announcing I might run late; then taken a cab. Gotten there in time, simply because everybody else had run just as late. And, that evening, very-very late, I'd picked up the car from where I'd parked, driven it to my dad's, and left it with him, for good. I only needed (really needed) the car again in September 2010, January 2011, and today. (It's not the same car, but that's irrelevant.)

This morning, I decided to get my (anti-)covid vaccine at a drive-thru that's opened just last week. The thought occurred to me yesterday: "Would I be able to just walk in?" "Neah, don't worry," I dismissed the thought in the same instance. But it turns out that my mind is a better judge than I, when it comes to matters of the Romanian administration 😉 [Or maybe not—just read this, till the end.] This morning, after I got off the subway, at the drive-thru vaccination center, I was told that I needed a ride. "A car, a bike, at least a scooter..." That's what the lady said 🙂

Nope, I couldn't just walk in! So I called my dad, and asked him for a ride. The third time I really needed the car, in more than 15 years. Luckily, he didn't have anything else on his plate. He was at the marketplace when I called, rather disappointed with the quality of produce. But his intention for shopping veggies was rather odd to begin with, for the third day of the Orthodox Easter. So he was happy to come help me, and I'm grateful for his ride.

The organization on site has a few glitches, and that makes the process a bit time-consuming. The actual vaccination took less than 5 minutes, but the queue took almost an hour and a half. After I got the shot, I was asked to wait for at least 15 minutes in a designated area—just in case. But I really wonder how they might intervene, if really needed, since a) there was no ambulance on site, and b) there was no first aid team in sight.

Luckily, neither my kidneys, nor my known allergies revolted, so we got through the whole thing in just under 2 hours. (One allergy I've been dreading since I was 8 is to iodine, related to my kidneys—because of that allergy, 35 years ago, I was not allowed to take the pill prescribed against radiations from the Chernobyl disaster.) And I feel good—I don't have the proverbial ache in my arm, nor the expected numbness in my body or dizziness in my head. Hence, this brief, personal report 😉 With two more observations:

I can't wait to go back to the training room, a lot more confident than back in March. And now I know I can also plan my summer vacation, possibly travels (or at least swimming) in July 😉

Later edit, May 5: Later in the evening, the arm started to numb/ache mildly. It's a very minor discomfort that didn't bother my sleep, and doesn't affect my coffee-drinking experience 😛 Also, I just learned that walk-in centers will open at the end of this week, so that's progress—I hope they do include an improved digital system for the paperwork.