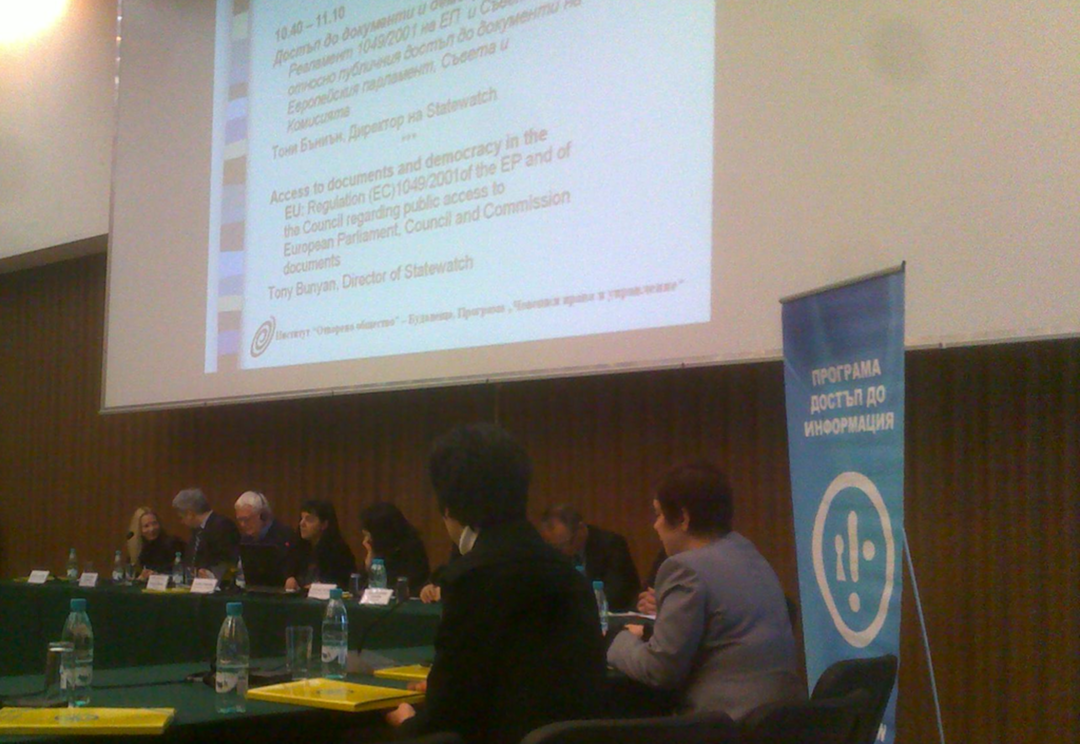 Free access to information (FOI or A2I) is closely connected with my professional development, since I graduated from AUBG. Actually, it must’ve started over there, when us, concerned students, “waged war” against an allegedly corrupt, but definitely unresponsive, university administration. So, given my strong ties with both access to information and Bulgaria, I felt compelled to attend AIP’s conference on FOI litigation, just last Friday. [The trip from Bucharest to Sofia and back was an absolute nightmare, but I’ll tell you about it another time.] Went there with a question regarding litigation over classified information, and got quite a surprising answer…

Comparing the FOI situation between Romania and Bulgaria is no easy task—I’ll just give you a few hints:

Let’s go back to my question, though: Directly associated with NATO accession, Romanians only have access to classified information if they get an ORNISS certificate. When only selected judges receive such clearance, there’s a risk that random allocation of cases is no longer possible; hence, plaintiffs (the parties that request the declassification of specific info) may run into an already biased judge. Similarly, when only selected prosecutors and barristers receive the same clearance, there’s a danger that investigations based on wire-tapping phone and/or internet conversations no longer follow the judicial principle on equality of weapons.

Well, Bulgarians solved this problem swiftly and effectively—by default, judges, prosecutors and barristers have access to any piece of classified information, in a closed session, in chambers. Some restrictions, of course, do apply in chambers, but there’s no vulnerability to impartiality or inequality! Before leaving for this conference, I checked on this situation with colleagues from the Romanian Helsinki Committee, the Center for Legal Resources, the Institute for Public Policies and the Romanian Chapter of Transparency International. Since they all agreed on the problem, I wish I could get these organizations to work together for replicating the Bulgarian solution in Romania… Wish us luck! 😉