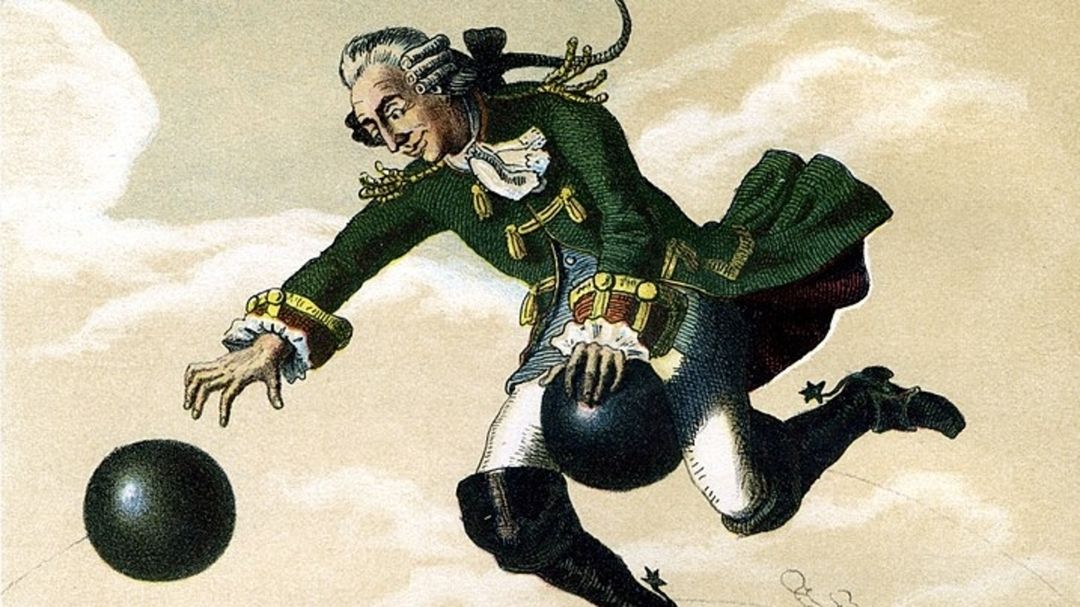 The current conversation about fake news, alternative facts and post-truth is equally tiresome and fascinating to me. Tiresome, because it occupies a lot of space and time in the media that I consume. Fascinating, because it keeps running around the problem, without being able to dot the i’s, to reach a conclusion or find a solution. Of course, I am tempted to take a stab at it, namely to offer a key to deciphering why this is happening. [Since I’m involved with Factual, the Romanian fact-checking site/project, the reader’s discretion is advised: I might be biased.]

Two more elements need to be introduced, before I can start building my argument. As a kid, almost 40 years ago, I discovered the adventures of Baron Munchausen. In hindsight, the truly fascinating thing about this character is his “personal power.” He may be distorting reality in his tales, but he does get people to listen to his stories, and even do things for him (such as offer him dinner and drinks). While not a leader himself, Munchausen does teach half a lesson in political leadership, particularly one about personal power vs. positional power.

20 years ago, as an exchange/international student from AUBG at Union College, I explored the possibility of explaining power in politics, by using the definition from physics. I am aware that my contention gave a hard time to Professors Consolini, Baker and DeBono, respectively Professor Phillips. But I still think there was merit to that theory, and I’ll try to explain it here, revisited and upgraded. At this point, let’s just remember that physics defines power as the quantity of energy transferred (from one entity to another) in one unit of time.

Now, let’s tie these three elements together: Assume you are a politician with limited charisma (one component of personal power), and you compete for public office (an element that confers positional power). Yet, you are aware that your future position, despite all of its the prerogatives and resources, will not be sufficient for effecting the changes that you want, in a reasonable time. In other words, you may end up projecting the image of a weak leader/decision-maker, one that cannot transfer sufficient energy in a given period of time.

So you (the same politician), along with your party affiliates and your consultants, attempt to create an “alternative universe,” where you may nonetheless project the image that you are mighty powerful. In that alternative, you transfer lots of energy in every given unit of time, you make “visible” changes, your positional power is in perfect synergy and mutual reinforcement with your newly found (alternatively created?) personal power. And I submit to you that such a scenario would not be necessarily wrong all the way; borderline unethical, maybe; ridiculous, for sure; but not entirely wrong.

The problem lies elsewhere: An alternative universe of such caliber is elaborate, complex, takes time, it’s expensive; in contrast, fake news is cheap and fast. And so it happens that the law of unintended consequences strikes you hard. The economy of resources comes at odds with the rationality of the elaborate projection that you intended. Hence, you invest in the cheaper solution and hope for the best possible results. [You may want to watch Wag the Dog once again.] The net result of all such investments put together globally is the post-truth society that we live in.

Bear with me while I coin the phrase “Munchausen Power Syndrome” (MPS). Politicians (and their consultants) suffering from MPS do create their own “alternative universe.” Along with their supporters and followers, such politicians live quite successful careers inside their own bubbles; some of the supporters may even believe the bubble becomes reality. Yet, in the real world, regular citizens have to face real problems, in growing numbers. And what we really need is a quick transfer of energy, namely political power, to effect some changes for the better in the world around us.

And I think this may be the truth that’s being avoided in all the conversations about fake news, alternative facts and post-truth: The existing decision-making processes and power-sharing mechanisms have become so perverted (or disconnected from the ways of current society), that they no longer serve their designed/designated functions. Street demonstrations, indignados or “occupy” movements, as well as increasing numbers of MPS-stricken politians, are just a series of signals that we should not ignore. They are energy (and resources) wasted, instead of being channeled into genuine leadership for effecting real change.

I guess the solution will have to allow that limited amounts of energy be transferred quickly, for effecting visible changes in the real world. Such limited amounts of energy would require smaller polities (regions or even municipalities, instead of nation-states). Quickness of fact-based decision-making would require procedures standardized centrally, for large bundles of small polities (loose federations of regions or municipalities). Standardized procedures allow for a predictable time limit of the decision-making process, while the small polities allow for concrete political actions with improved scrutiny.

So, if all works well with the polities and the procedures, we’d get political power shielded from MPS, from the perils and temptations associated with fake news, alternative facts and post-truths. Shall we make it work? We could easily start with the European Union 😛