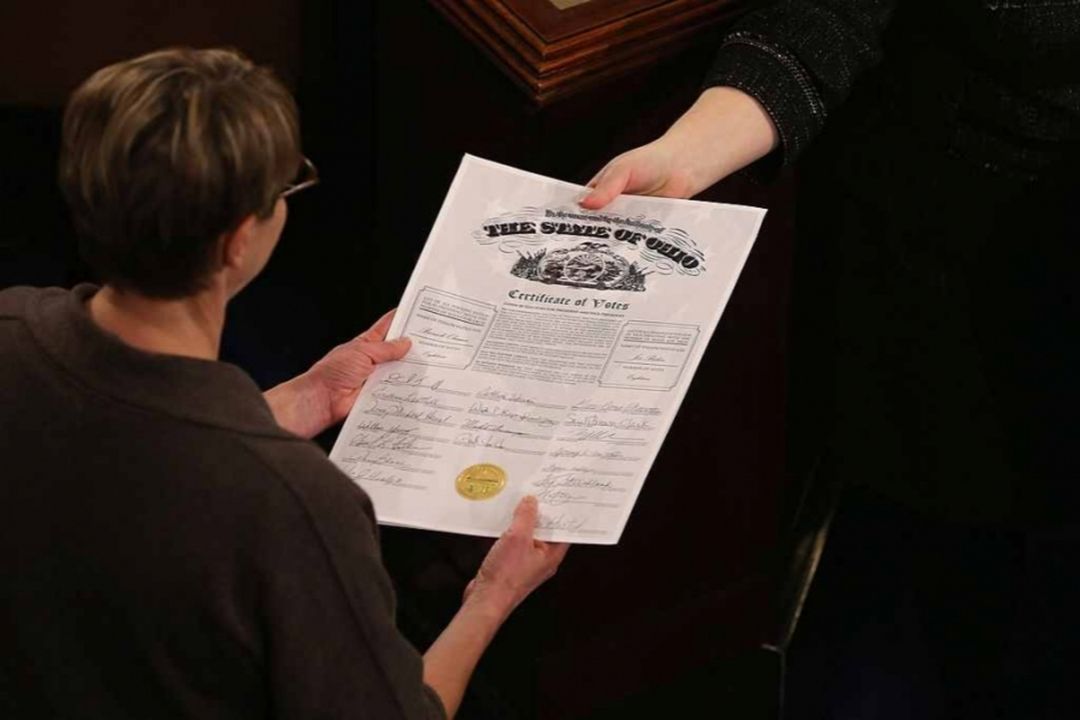 Assume for a moment that your name is Emily Johnson and you are a prominent member of the US Republican Party. You live and work in the capital city of one of the 50 states. You are now sitting in front of a TV set, waiting for the results of the presidential elections. You’re fidgeting, though, for a completely different reason. This morning, on November 8, while picking her lunch box from the kitchen counter, your daughter asked you a question. And the thought, about that particular question and the proper answer, is eating you alive. Your daughter just learned about the Electoral College in her civic education class in high school. You are one of the candidates on the Republican slate of electors in your state; pending the results of the elections in your state, you may become one of the Electors; actually, the polls show that you will be an Elector! And you daughter’s question keeps pounding on your brains, heating your cheeks, throbbing in your neck, grating at your eardrums: Mom, if the Founding Fathers intended to protect us from a fool like Trump, does that mean you’ll vote for Clinton in the Electoral College?

It must be terrible to find oneself in such a situation. Analysts, activists, journalists that comment on and about politics seldom find the time to put themselves in the shoes of the politicians. When at home, a politician has kids, parents, neighbors and friends; to some extent, a politician is not too different from Regular Jane and Joe! In fact, politicians also have to deal with very simple problems related to regular life—those that tend to become the most excruciating questions and dilemmas… I took a course in American Government about 20 years ago; recently, while meeting my former professor and mentor, I realized the 2016 presidential elections may present a spectacular opportunity for the Electoral College to do exactly what it was designed for. So I asked him pretty much the same question, and he replied that I should probably write about it, as the question is more valuable than any answer I might get. 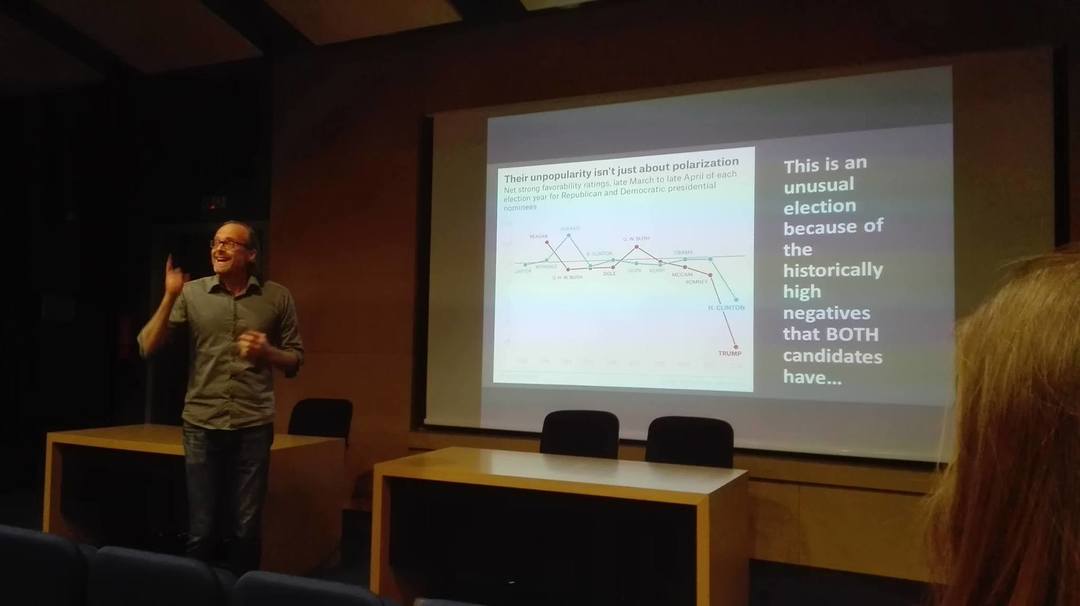 The Founding Fathers of the American Republic, designers of a quite successful model for representative democracy, rejected the possibility that the US President would be voted directly by the people. They were so fearful of the danger of populism, that they decided the President be selected by the Electoral College (I know I oversimplify). Citizens actually cast their ballots for intermediaries, called Electors, such as the Emily Johnson I imagined above. Every state in the federation (and DC, by exception, as seen in the figure below) is entitled to as many Electors as that state’s number of Congressmen (Senators + Representatives). Then, the 538 members of the Electoral College select the President. To illustrate for a European audience (still oversimplifying, I know), imagine the American People electing a (second) Parliament that only works for one day. This “Parliament” (the Electoral College) has only one item on the agenda, before dissolving itself: to select the President. 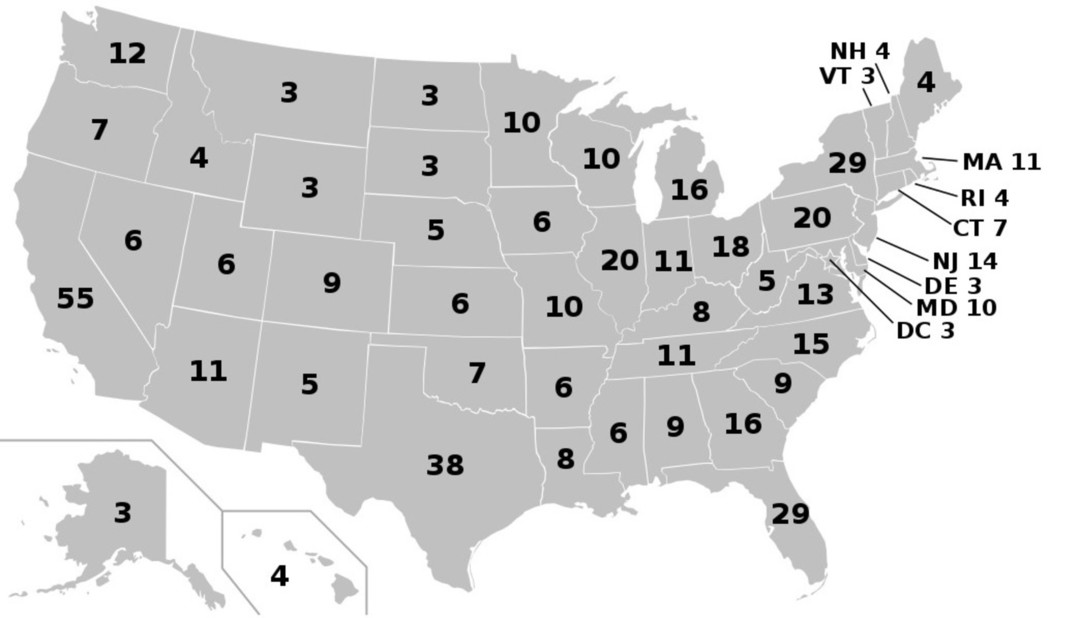 As shown by two hundred years of history (again, oversimplifying), the party that secures the majority in the Electoral College also gets to appoint its own candidate as President of the United States. But the Founding Fathers may have intended something else; though it may sound a little elitist to our contemporary ears, the intention was for a group of educated and sensible, selected people, to ponder on all potential consequences of selecting either candidate X or Y for President. Might it be possible that, for the first time in history, the Electoral College could serve its intended purpose? Could an ad-hoc counter-majority favor the other candidate in 2016? If the Republicans were to secure a majority in the Electoral College, but some of the Republican Electors thought Mr. Trump might present a danger to democracy, yes, it would be possible! Some Electors might consider that cohabitation with Ms. Clinton would be more predictable and safer, since the November 8 elections would also maintain the Republican majority in the House, and may well keep a Republican majority in the Senate. (Yet, the reader should be aware of potential errors in polling results.)

Cases where Electors have changed their vote in the College have happened throughout history; true, the number is quite small (about 100 “pure” cases of so-called “faithless Electors” in over 200 years). In none of those cases did those decisions affect the final result! Only once, in 1836, did 23 Virginia Electors ever come close… In order to prevent “faithless Electors,” some states have adopted laws that actually run contrary to the Founders’ design, that may seem unacceptable to our times. Such laws seem to be in perfect opposition with freedom of speech and freedom of assembly; or even in stark contrast to the interdiction of imperative mandates, as we have in the 1991 Romanian Constitution. In some American states, Electors are expected to cast their votes openly; in others, they must pledge their votes to the specific candidate of their respective party. Depending on where they are elected, Electors may be fined or even jailed, if they abstain or change their votes. These state laws have never been tested in court of law, but such restrictions would be likely declared unconstitutional by any strict constructionist in the US Supreme Court. As such laws seem to run against The First Amendment, who knows, maybe we’ll see such a lawsuit starting in December or January…

I imagine Emily Johnson thinking about the amount she’d be fined in her state, if she’d vote for Ms. Clinton, rather than be loyal to the Republican Party. Her daughter may be just right, this must have been the exact scenario that the Founding Fathers had in mind. Mr. Trump could be the exact type of character the Founding Fathers may have wished to avoid. This could be exactly the kind of situation for which the Electoral College was designed and intended. On the evening of November 8, Emily Johnson is a thinking parent: She thinks that, after December 19 (when the Electors actually cast their votes), she’d be pointed at, shamed publicly for her disloyalty. She also thinks of the words she would choose in explaining to the American People that loyalty to her daughter, to the Founding Fathers and to the US Constitution is more valuable and more relevant than loyalty to any party or any candidate. Emily also thinks she could win the lawsuit at the Supreme Court, so she should worry no more about paying that potential fine. And she would know that, when needed, Regular Jane and Joe would help her raise the sum in full—some $5, $10, $15 from every parent who’s thinking about the future of their American kids and the democratic values inherited from the Founding Fathers. And who knows?, maybe some Europeans would also chip in €5 or €10, thinking of how this election may affect their future…

Personal note: I can’t think of any reason why the name "Emily Johnson" popped to mind; it just did, and then I saw it on screen, and I simply continued. The name and the hypothetical dialog with her daughter were just a pretext for my speculating about the Electoral College, as the US presidential elections are just around the corner. To make sure that I don’t hurt the feelings of a public figure, I searched that name on the web. Apparently, one Emily Johnson exists in Ohio, registered Republican voter. She doesn’t seem to have any connection to any of the Republican Party officials in Ohio (in fact, only on December 13 will we know the names of all Electors); similarly, I don’t know and I don’t want to know whether she has a daughter in high school—it’s just a coincidence, and I apologize for any inconvenience that may ensue. (Lastly, I admit that references and/or links to Wikipedia are less than elegant, but the information there is accurate, and this text is not an academic article. More details about the US presidential elections are available here.)

Update: A Romanian version of this text is now available on Republica.ro.