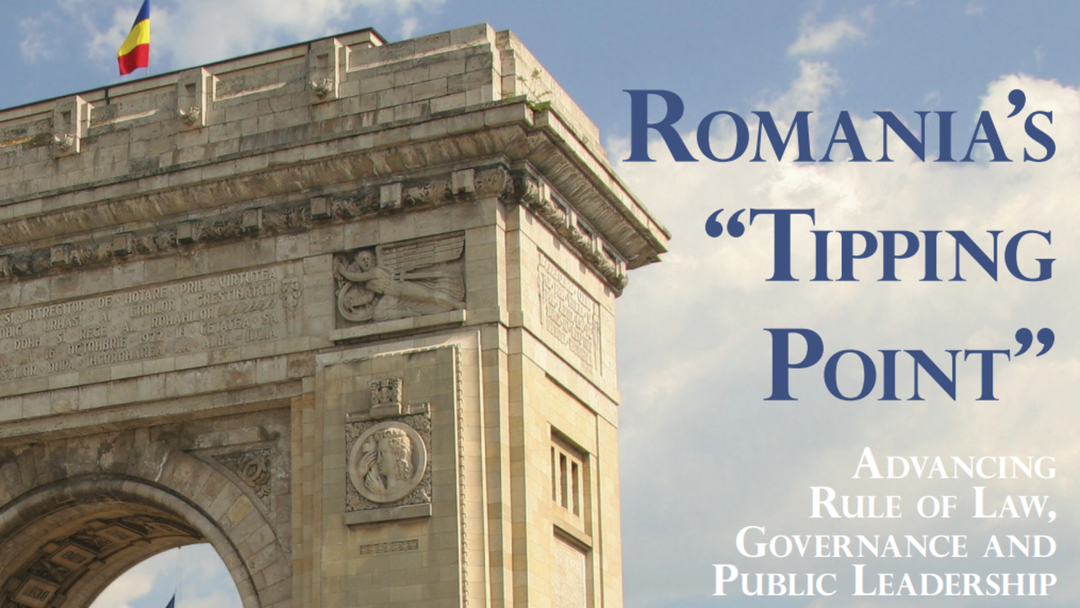 A hotel room in Bacău, the city where I saw communism collapse… That happened almost 25 years ago, and I was a soldier at the time, fulfilling my compulsory (and abusive) military stage. Now, I’m attending a conference in Washington, DC via BlueJeans: CEPA releases a report looking at Romania’s 25-year experience with transition, rule of law, governance and leadership in the public sector… A tipping point?!? In so many ways, yes!; in so many other ways, not yet 🙁

Romania is a hollow state, utterly incapable of projecting its own future, yet held together by external forces that cannot afford one more crisis to the East. Under these circumstances, consolidation of existing achievements is the top priority; perception of a tipping point is anywhere between necessary and wishful thinking; leadership is almost nowhere to be found… Yet, Romania did travel a long way from oppression to pressure points, so let’s take a fresh look at things not yet apparent to the authors of CEPA‘s report (myself included—these thoughts are the rough observations I made during the past 5 weeks, while traveling across the country with a caravan of information workshops that cater the National Anti-Corruption Strategy to local governments):

Granted, there’s some pressure at #3, on all 3 fronts, from party formation to parliamentary seats reduction, to merging local governments and even to rearranging counties into regions. Will this be coupled with enough pressure for administrative reforms that respond to #2 and change the attitude towards accountability in the public sector, as suggested at #1? I seriously doubt that 🙁 In December, 25 years later, we’ll have a new President of this hollow republic, and by the looks of the current electoral campaign, we won’t have a vision for the future… So, maybe it’s time for civil society to articulate one, if NGO leaders do exist, if NGO managers can summon resources… And these are the real issues—when (re)solved, we’ll know about the tipping point, whether we would’ve bravely made the leap or absent-mindedly passed the opportunity!

Update: Corina Rebegea, editor/coordinator of “The Tipping Point,” presents the report to the Romanian public, on Contributors. Enjoy! 🙂